We would all like to save money where we can.  For many of us, our biggest outlay is putting fuel in our cars.  According to the Odyssee-Mure project, in 2017 the average distance Europeans were travelling was 12,000 km a year, with Germany and Austria having the highest mileage of about 14,000 km a year.  It logically follows that if we could drive more efficiently then we could save money. There are, interestingly, a number of simple steps we can take to make our driving more efficient and save ourselves a few cent. 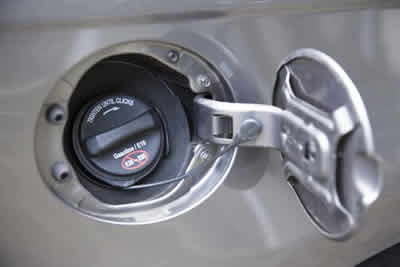 The next time you are filling your tank, have a look at your fuel cap.  It may not look particularly important but it is.  According to some estimates, about a fifth of all cars have missing or broken fuel caps.  It’s easy to spot a missing fuel cap, not as obvious to tell if it is damaged.  The simplest way to check is take the fuel cap off someplace quiet.  You should hear a hiss.  If you don’t then the fuel cap isn’t sealing as it should and is damaged in some way.

If your fuel cap isn’t working correctly it can reduce your fuel efficiency by 2%.  Part of your fuel will evaporate when it is in the tank and unless the tank is sealed with a properly fitting cap then the evaporates will escape to pollute the atmosphere instead of powering your car.  Replacement fuel caps are not expensive and are easily obtainable. 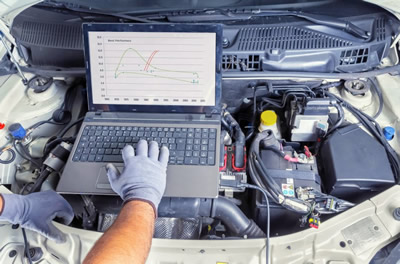 Chiptuning, remapping or chipping are all terms for a process that involves changing or modifying the microchip in the engine.  Modern cars have an onboard computer know as an Electronic Control Unit (ECU).  The ECU has a microchip that controls various factors that affect your vehicle’s performance. Manufacturers have to allow for differences in climate, fuel quality and road surfaces in different countries and they set up their engines so they will work everywhere.  This means that the default settings limit to some extent the performance, including fuel efficiency, of the engine.

A professional remapping service can fine tune the engine while still keeping it within the parameters that are safe for your engine.  This can maximise its overall performance by as much as 35% and increase economy by seven to 10 per cent.

Having your tyres at the correct pressure for your vehicle has an effect on fuel efficiency.  The way this works is that the bigger the area of tyre touching the road, the more friction is created between the road and the tyre.  The greater the friction, the greater the ‘drag’ or rolling resistance.  As the rolling resistance increases, the engine has to work harder to keep your car moving at the same speed and more fuel is used.  If a tyre is underinflated, it is spread out more and there is more of the tyre is touching the road.

It has been calculated that underinflated tyres reduce fuel efficiency by approximately 0.5% for every 1 psi drop in the average pressure of all tires.  Studies vary but on average there seems be a saving of about 3% by having your tyres at the correct pressure.  You can usually find out what the correct tyre pressure for your model is by looking for a sticker on the door frame on the driver’s side or in the glove box.  The owner’s manual will also tell you what the pressure should be.

The heavier your car is, the more fuel the engine will have to use to move it.  While there is nothing we can do about the weight of the chassis, it is worth having a look around your car to see if there’s any extra unneeded things that could be taken out to reduce weight.  An extra 100 pounds of cargo can increase a vehicle’s energy consumption by 1-2 percent.

We are all guilty of allowing our possessions to accumulate in our cars.  Especially when it’s things we use often it can seem quicker and easier to just leave them instead of taking them in and out.  Footballs, golfclubs, deckchairs, toys, pushchairs and toolboxes are top of the list of things we waste fuel carrying around unnecessarily.

Roof racks are another common culprit adding extra weight and drag to our car.  If you live in an area with plenty of petrol stations it might also be worth considering keeping your fuel tank only half full.  With a litre of petrol weighing over 700 grams it is easy to see how much extra weight a full tank could add.

Bad habits such as heavy braking, over-revving, riding the brake, fast acceleration, tail-gating and speeding all waste fuel.  Keeping your acceleration and braking smooth and gradual will not only increase your passengers comfort but also save you money on fuel!  It also pays to look ahead and prepare to take action in advance.

For instance, if you see a traffic light turning red or stationary cars ahead you have two choices.  You continue at the same speed until you reach the cars or traffic light and then brake.  Alternatively, you can take your foot off the accelerator pedal and the car will start to slow and you can then gradually apply the brakes as you get closer.  The second option will save you fuel and be better overall for both your car and passengers while making no difference to the time you are stationary.

If you would like to know how much fuel you can save by changing your driving habits, take a look at the video below.

First things first, without getting completely naked, take off any extra layers.  Open all the windows and doors to let out the hot air that has built up inside the car while it has been parked.  If you are travelling at less than 30 miles per hour or 50 kilometres per hour, have the windows down.  You need windows on opposite sides open, not just one.  The amount of extra fuel used by the drag created at low speeds is less than using the air conditioning.  If you are going faster than that speed, you need to wind up the windows and turn on the air conditioning as that will be more efficient.

The other thing to bear in mind is that air conditioning systems like to be used and if they are not seals and pipes can crack and need repairing.  It’s a good idea to run the air conditioning for 10 minutes at least once a month, even in winter.

Hopefully you can use some of these tips to drive more efficiently and save some money.

This website uses cookies to improve your experience while you navigate through the website. Out of these cookies, the cookies that are categorized as necessary are stored on your browser as they are essential for the working of basic functionalities of the website. We also use third-party cookies that help us analyze and understand how you use this website. These cookies will be stored in your browser only with your consent. You also have the option to opt-out of these cookies. But opting out of some of these cookies may have an effect on your browsing experience.
Necessary Always Enabled
Necessary cookies are absolutely essential for the website to function properly. This category only includes cookies that ensures basic functionalities and security features of the website. These cookies do not store any personal information.
Non-necessary
Any cookies that may not be particularly necessary for the website to function and is used specifically to collect user personal data via analytics, ads, other embedded contents are termed as non-necessary cookies. It is mandatory to procure user consent prior to running these cookies on your website.
SAVE & ACCEPT